After a successful run of the RMPConcerts, Jenness and her fellow musicians, Maïwenn and Willy Ekoué, came back to LA to re-calibrate and form a new music group. It began as a trio early 2018, morphed into a quartet midsummer, and went back to a trio early 2019. Upon their return to “trio” status, the musicians as a whole decided to name their group after their lead singer, Jenness Rouse, and the music ensemble, Jenness was born!

Read their STORY Below: 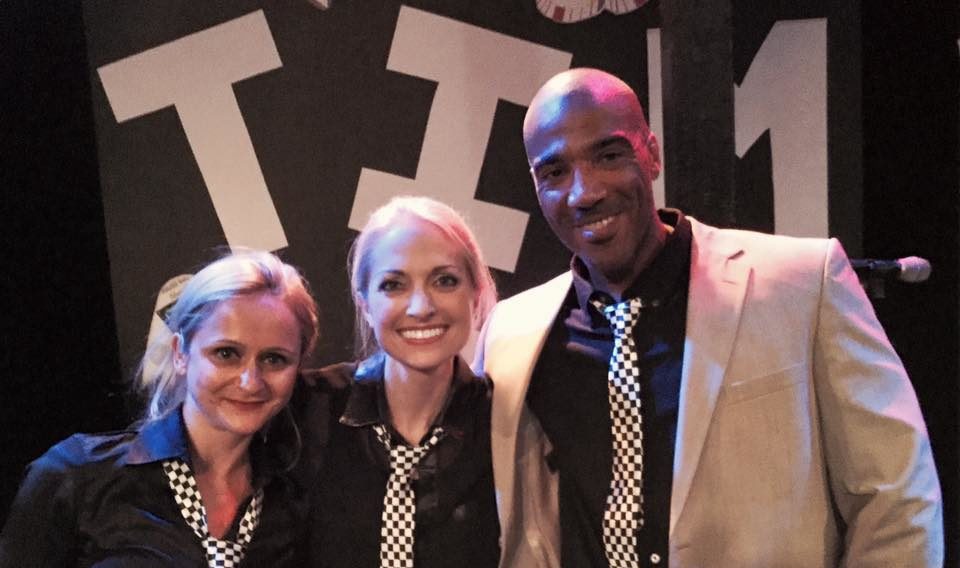 Never underestimate the power of self-production. It all began when an American Singer/Actress with a French Name decided to produce a live concert show in LA when she came across two newly immigrated French Musicians, recently arrived from Paris, with musical dreams of their own in their new American home. The result? JENNESS was born!
THE NAME: Jenness (pronounced like “finesse” with a J) is a French Surname derived from the French term: “jeunesse,” meaning “Youth.” Conversely, the actual name “Jenness” means: “Gift” or “Treasure.” We all have an “inner melody” or a “heart’s song;” it is our treasure of who we are on the inside. As children, we are innocent and still possess the freedom to express our heart song exuberantly without reservation! JENNESS is the essence of “expressing” our inner melody freely; our gift of music for others to enjoy.
JENNESS ROUSE (Voice): Born and raised in Texas, JENNESS began her vocal performance as a senior in high school, making a shocking 180 turn from the world of sports and academia to the musical stage! As a music theater major, and later opera vocalist, Jenness honed her skills as a Mezzo-Soprano/Alto, starring in Broadway roles, such as Laurey of “OKLAHOMA” and “Marion Paroo” of “THE MUSIC MAN,” as well as Operatic Appearances in CARMEN, SUOR ANGELICA (The Princess), and AMAHL & the NIGHT VISITORS (Mother). After landing two consecutive Superbowl Commercial Campaigns in New York City, Jenness moved to Los Angeles pursuing both her music as well as her acting career. She launched her production company, Rising Monarch Prods., in order to produce her Webseries, Becca On Call, as well as her “musical showcase,” The RMPConcerts, a monthly concert that featured musicians from the LA Music Industry at The Hudson Theatres, where she met Maïwenn and Willy Ekoué, recently arrived from Paris with their classical duo, Sonates en Duo. After performing together in the RMPConcerts in 2017 and later in her Texas Showcase, “JENNESS ROUSE & FRIENDS” at the Wagner Noel Performing Arts Center in 2018, Jenness, Maïwenn, and Willy formed JENNESS.
MAÏWENN EKOUÉ (Harp): Native of France, MAÏWENN received a Gold Medal for Harp and a degree in music studies at the Paris Music Conservatory. While still in school, she became the first harpist in the Symphony and Philharmonic Orchestra of the Paris Conservatory. She also performed with the Symphony Orchestra of Yvelines, the Orchestra of the Music Education Department of Paris, the Ensemble Vocal of Saint-Quentin-en-Yvelines in France. Maïwenn is always seeking new ways to explore the practice of her instrument. She continued her studies in a jazz school, EDIM, in Paris for three years. She has collaborated on contemporary creations with composers like Fournier, Tiet and Aperghis. She has played on albums by different artists with various influences such as classical music, traditional music of Africa, jazz and contemporary music, Afro-Brazilian rhythms, Bossa-Nova and oriental melodies. She has created several groups known as Sonates en Duo, Twinkel Quintet, MaaSanké with whom she has performed in famous venues in France and Europa. In March 2017, she is moving to Los Angeles, CA, to pursue her career as a professional harpist.
WILLY EKOUÉ(Bass/Sax/Flute/Orchestration): Native of France as well, WILLY obtained his 1st soloist price for saxophone his first instrument. He studied to the prestigious Jazz School, CIM, in Paris. He continued his training in the Paris Jazz School, ARPEIJ, in Paris. He obtained a 2 year scholarship to study School of Jazz, EDIM, which allows him to expand his knowledge. He received his diploma the FNEIJMA (Professional degree). Willy joins Circus Baobab, which becomes a reference in the World of contemporary African circus. He toured the world and all of France with this show. He also toured with the singer and musican Ba Cissoko combining modernism and Mandingo tradition. He has recorded of many albums including “Nimissa” and “Djeli” by Ba Cissoko, “Sonates en Duo” as a leader, “Wali” by Sory Diabate, “Djembe evolution” by Dartagnan Camara, “la foi” by Patrick Persee. In March 2017, he decided to move to Los Angeles, CA, to pursue his career as a professional musician.
BOOKING: If you are interested in booking JENNESS for a future event, concert, or presentation, please send a message via the FB page.
FOLLOW: The come to one of JENNESS’S  events, please check out the “events’” page to for information on location, times, tickets, and dates.