Just on the heels of the Best Parody Win, The Shannon O’Brian Chronicles walks into it’s BIGGEST surprise yet!

The Shannon O’Brian Chronicles has received several invitations to submit to festivals, an incredible compliment and honor for filmmaker/actress Jenness Rouse. One such invitation was to a Film Festival in India, The Kalakari Film Fest, after the festival coordinators found news of the series from some of its previous wins and accolades. It is the very first live audience Festival, in which the series has participated, one that many filmmakers were unable to attend due to the pandemic, but that still held the live event in its home country in their main theater, just with a smaller audience. Awards Night was August 25th (Dewas, MP India time), and within hours, Jenness receives an email: “Congratulations on your win!” The Shannon O’Brian Chronicles was named BEST WEBSERIES of the ENTIRE Festival! Jenness was OVERJOYED! Check out the video below she made in gratitude for the honor. 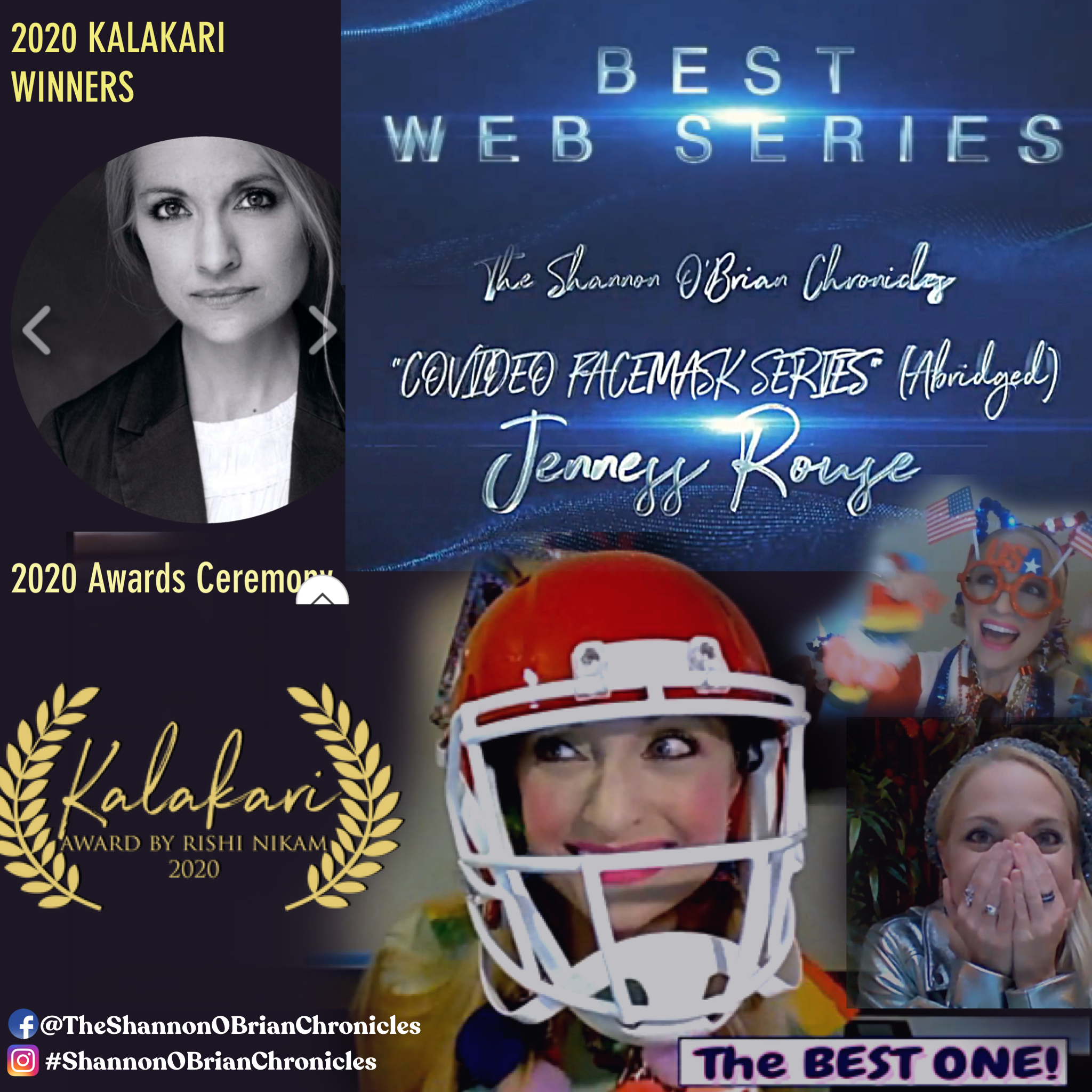